We walked the tough trail from the village of Fikardou to the village of Lazanias, then down to the river bed towards Mahairas and back, involving several demanding uphill and downhill sections, on Saturday 28 March. Hiking poles proved a good tool. There were plenty of interesting things to photograph. We experienced rain during the initial 20 minutes, and crossed the river stream safely. A bite of chocolate was a well-deserved reward at stops.

The Cyprus Strollers celebrated the spring equinox on Troodos, on Sunday 22 March, with two hikes. The first was at an altitude of 1050 m and reached the Myllomeris waterfall, with much of the trail alongside the river stream. The second trail was circular, at an altitude of 1650 m, at Kampos Livadiou, and offered the sensation of walking on snow at some parts, and some splendid views northwards. The outing was capped by a picnic. Compliments to George for the waterfall photo. 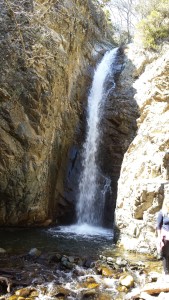 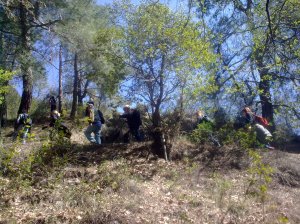 Tree with its roots exposed, by the river stream

There were many thrills for the Cyprus Strollers on Amiantos, on Sunday 15 March: an energetic hike, a sunny day, the hospitality of the botanical garden, the well-deserved picnic, plus a bonus second hike, nearby, which reached an impressive river stream, reputed to have been the bathing place of eagles. Compliments to Despoina for the photos. 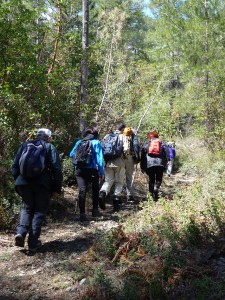 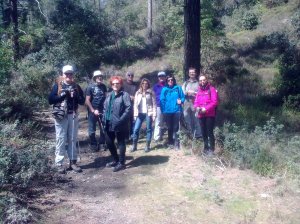 The activity at Amiantos scheduled for Saturday 14 March is moved to Sunday 15 March. All other arrangements apply unchanged, as published. Visit the ‘Activities Description’ section for the full briefing. The change is made to minimize the chances of encountering rain; the weather forecast calls for “steady light rain” with a possibility of 70% throughout Saturday, but only a 10% possibility of rain on Sunday, with the weather “partly cloudy”. So, get your picnic basket ready for Sunday!

There was a new record attendance for the Cyprus Strollers on Sunday 8 March. We walked a circular trail from Konnos bay to Cape Greco and then a linear trail to the cave of Cyclop. The weather was sunny, the coastline inviting, our spirits cheerful all along and the picnic invigorating. Compliments to Amanda and Christos for the photos. 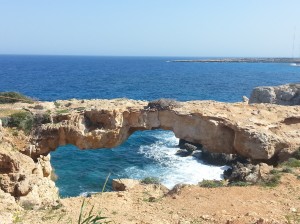 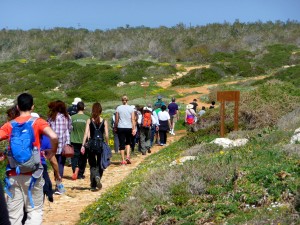 Saturday 28 February was a shiny day and a record number of Strollers turned up for the hike from Kakopetria/ Platania towards Spilia. The forest of pine, strawberry and golden oak trees was celebrating the imminent advent of Spring (officially 1st March) with us. Compliments to Andriani for the photos.